FRAND or Foe: The Licensing of Standard Essential Patents

Standard Essential Patents (SEPs) are an essential to the interoperability of many modern devices.  The courts and competition authorities worldwide have faced extremely difficult issues when dealing with the licensing of SEPs on Fair Reasonable and Non-Discriminatory (FRAND) terms.  Recently PRC courts and the National Development and Reform Commission have been taken a particularly aggressive stance in relation to the licensing of SEPs.  Adjunct Professor Doug Clark will talk on the key issues in FRAND licensing in worldwide looking at both theoretical issues and bringing his personal experience of acting for licensors and licensees for over 15 years.

About the speaker:
Doug Clark is a barrister practising in Hong Kong since 2011. Prior to that he practised as a solicitor and was managing partner of International Law Firm Lovells Shanghai office and also head of the firm’s Mainland China Intellectual Property Practice between 2003 and 2010. Doug’s main practice in intellectual property, particularly patent litigation and he regularly appears in the High Court of Hong Kong as an advocate.
Doug is author of Patent Litigation in China (OUP, 2nd ed., 2015) and the General Editor and co-author of the loose-leaf service Intellectual Property Rights in Hong Kong and the PRC (LexisNexis). He has also published a three volume history of British and American extraterritoriality in China and Japan, Gunboat Justice (Earnshaw Books, 2015).
Doug holds a LLB (Hons) and BA (Asian Studies) from the Australian National University, a PCLL from the City University of Hong Kong and attended post-graduate studies at Fudan University in Shanghai. He is fluent in Mandarin Chinese and Japanese. 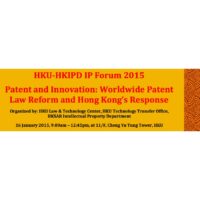